***AS OF OCTOBER 1ST, WE WILL NO LONGER BE PROVIDING EYE EXAMS THROUGH MEDICAID BUT CAN FILL YOUR OUTSIDE PRESCRIPTIONS.*** Pearle Vision Westwood Plaza accepts most vision insurance plans including Blue Cross Blue Shield, Eyemed, VSP, Aetna, Humana. We speak fluent insurance, so we can help you make sense of your vision benefits.

***AS OF OCTOBER 1ST, WE WILL NO LONGER BE PROVIDING EYE EXAMS THROUGH MEDICAID BUT CAN FILL YOUR OUTSIDE PRESCRIPTIONS.*** Our lives are in constant motion. Like an automobile, sometimes we use the brakes to slow down, but never do we stop. Considering everything we do, we need to remember to take care of ourselves. One such thing is simply an annual eye exam. At Pearle Vision L Street Marketplace, our experienced optometrists and staff will get your vision as close to 20/20 as medically possible, and can also help with your overall health. An eye examination not only checks for cataracts, glaucoma and other eye diseases, it can also detect early signs of diabetes, high blood pressure and other systemic conditions. Just like your car, your body needs to be checked for “optimal performance”. At Pearle Vision L Street Marketplace, your optometrist can assess your body system function by checking your blood pressure, monitoring your circulatory system and retinal health. With all that you do each day, why would you want to chance your most valuable asset to not perform?

***AS OF OCTOBER 1ST, WE WILL NO LONGER BE PROVIDING EYE EXAMS THROUGH MEDICAID BUT CAN FILL YOUR OUTSIDE PRESCRIPTIONS.*** From timeless styles to modern trends, choose from a wide range of the latest looks from fashion’s leading designer eyewear brands. Find your look in prescription eyewear with Ray-Ban, Coach, Michael Kors, Burberry, Versace, Polo, Ralph Lauren and many more!

We offer a premium selection of prescription lenses to fit your lifestyle. Do you drive at night? Use computers frequently? Your eye doctor can determine whether single vision, multifocal, or progressive lenses are right for you, and the lens enhancements you may benefit from. Don’t forget to protect your eyes from the sun with designer prescription sunglasses.

We know that you depend on your eye care professional to provide you with the best in eye health services, like comprehensive eye exams, vision correction and diagnosis of related conditions. That is why the Independent Doctors of Optometry, Opticians and associates at Pearle Vision L Street Marketplace make it a priority to ensure an easy, straightforward and satisfactory experience. Meet the eye care professionals that put your eye care first.

Dr. Terry Legacie received his Doctor of Optometry degree from Pacific University College in 1990. He has been a practicing optometrist at Pearle Vision since 1992. Prior to this he was an Air Force Optometrist serving in support of our troops in Desert Storm, and being deployed to a field hospital in Germany. In his spare time he enjoys spending time with his family.

At Pearle Vision L Street Marketplace we offer a broad selection of designer eyewear, including prescription eyeglasses and contact lenses. Your overall eye health is important to us so, schedule an eye exam or come in to see our selection today! 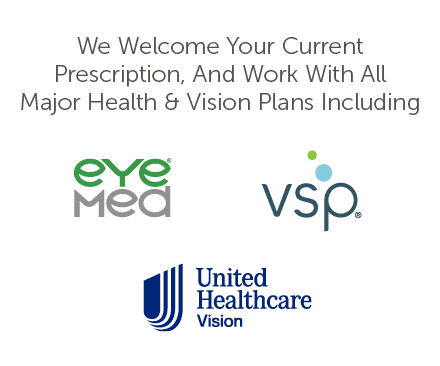