Pearle Vision Council Bluffs accepts most vision insurance plans including EyeMed, VSP, Aetna, Avesis, Cigna, Iowa Medicaid and many more. We speak fluent insurance, so we can help you make sense of your vision benefits.

Welcome to Pearle Vision Council Bluffs where your eye health and wellness is our primary focus. Our services range from comprehensive eye exams to fitting you with prescription eyeglasses, sunglasses and contact lenses to meet your individual needs. We offer the latest styles in top brands like, Ray-Ban, Oakley, Coach, and Haggar which includes wide fit frames. Stop in today!

From timeless styles to modern trends, choose from a wide range of the latest looks from fashions leading designer eyewear brands. Find your look in prescription eyewear with Ray-Ban, Oakley, Coach, Vogue, Burberry, Versace, Michael Kors and many more!

We offer a premium selection of prescription lenses to fit your lifestyle. Do you drive at night? Use computers frequently? Your eye doctor can determine whether single vision, multifocal, or progressive lenses are right for you, and the lens enhancements you may benefit from. Don't forget to protect your eyes from the sun with designer prescription sunglasses. We carry leading brands in lenses including Transitions and many more.

We know that you depend on your eye care professional to provide you with the best in eye health services, like comprehensive eye exams, vision correction and diagnosis of related conditions. That is why the Independent Doctors of Optometry, Opticians and associates at Pearle Vision Council Bluffs, make it a priority to ensure an easy, straightforward and satisfactory experience. Meet the eye care professionals that put your eye care first.

Dr. Ryan Lempp earned his Bachelor of Science from the University of Nebraska-Lincoln with a major in Biological Sciences and Spanish. He earned his Optometry degree from the University of Missouri-St. Louis. Dr. Lempp has been practicing at Pearle Vision in Council Bluffs as an Independent Doctor of Optometry for over 9 years. He is a member of the American Optometric Association as well as the Iowa and Nebraska Optometric Associations. He enjoys traveling with his wife Kari and their 2 kid

Book an eye exam at your neighborhood Pearle Vision today.

At Pearle Vision Council Bluffs, we offer a broad selection of designer eye wear, including prescription eyeglasses and sunglasses,and contact lenses. Your overall eye health is important to us so, schedule an eye exam or come in to see our selection. Now accepting VSP.

The Shoppes at Madison Ave. 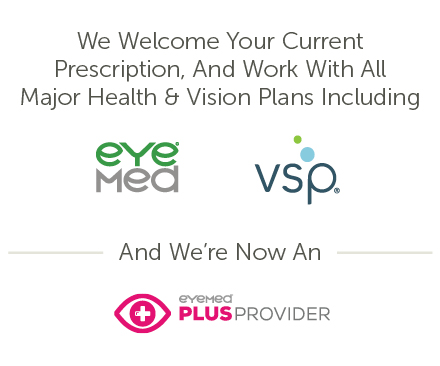